You Can Win This Beautifully Restored 1963 E-Type Jaguar

Up for grabs is a restored version of a 1963 Jaguar E-type. One of the rarest luxury cars in the world, in perfect condition. Long known as the car of Hollywood elites and appearing in a huge number of silent films, this car is instantly recognizable. From the sleek design to the spoke wheels, the inky black soft top, and the all-wood steering wheel to the custom leather seats, it screams luxury. Inside it boasts an amazing 6 cylinder engine with 265 horsepower. With a top speed of 150 miles per hour, this car commands attention.

The manual transmission features original parts and custom treated leather, while the original dials have all been lovingly restored. The company Classic Showcase, which is well known for working on one-of-a-kind cars, worked on the restoration, ensuring that no detail was overlooked. Even the custom key fob comes embossed with the Jaguar logo, ensuring a completely one of a kind luxury experience. 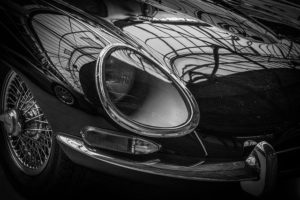 The Prince’s Trust, as the name implies, is a charity that works in the name of the Prince of Wales, seeking to empower people from the ages of 11 to 30 years of age insecure employment and a future. They do everything from school support to interview prep and work closely with a number of different industries and employers to ensure success. They focus particularly hard on families with low income, where one or more parent has had issues succeeding in the past, and where other factors might make someone slip through the cracks.

The charity has been around since 1976 and was founded by Prince Charles as part of his royal outreach. Since then it has helped thousands of young people find meaning in their lives, changing the course of their lives and the lives of those around them. Overall it is a very highly rater charity and is very effective at what it does. It typically generates donations through private donations and through high-end raffles or auctions such as this one.

In addition to the car, there is $20,000 available as well. Enough money to keep the car in gas and get through quite a few rounds of inspections and maintenance. The money is provided with the assumption it will keep the car in pristine condition after the hundreds of hours of work that went into the restoration.

Digital upgrades, such as a Bluetooth enabled stereo system have been added to ensure a thoroughly luxurious experience. The digital components have been integrated into the vintage facade, allowing you to control your music through the original radio dials and console. The transmission and engine have been upgrades with new Jaguar parts, making it thoroughly modern yet vintage. Ready to take on the road at a modern pace, it had stayed true to the classically beautiful look of the original car.

A custom-made set of luggage that looks like it came straight from Hollywood and fits in the back of the car is included with the prize as well.

All taxes and fees to ship the car to the new owner are included in the prize, so you really do get $20,000 and a new car if you win!

Technically entry is free, but you can up the odds by buying tickets to the raffle. Tickets are for sale on Omaze, a well-known and respected raffle site that specializes in charity raffles. You can enter up to 6000 times using any method, and the total number of entries is not capped across the entire contest. You can get one free entry on the site or enter by donating in the following tiers;

The supercar aficionados can wait to see what the next high-performance car will bring to the market. Whether you want all or rear-wheel drive, subtle or extravagant, 6 cylinders or 12, it is all out there. In this...